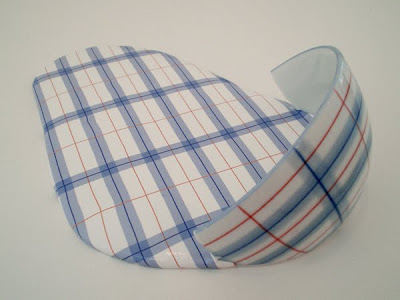 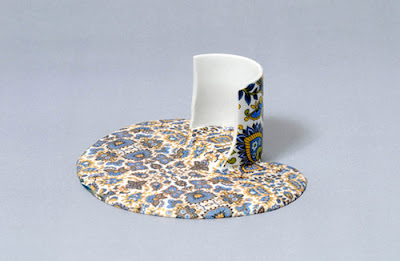 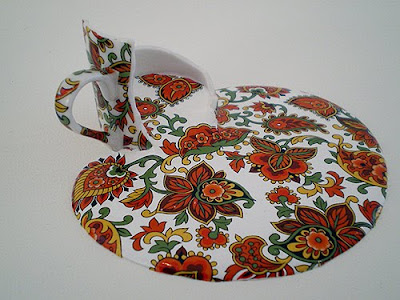 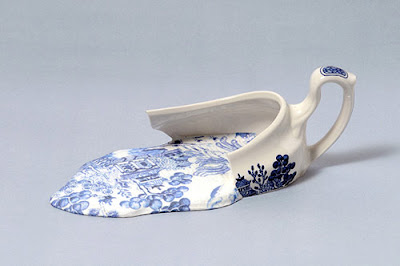 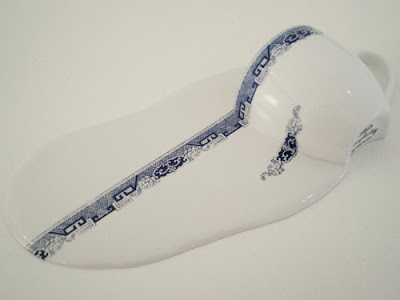 Julie Lovelace, whose ceramics I posted on the blog last week, referred me to the exciting work of Chilean ceramist Livia Marin who is currently based in the UK. Her work evokes a whole complexity of associations…

At the end of 2010 House of Propellers, together with curator Cecilia Brunson, present the first solo exhibition in the UK of the celebrated contemporary Chilean artist Livia Marin.

“Broken Things” highlights the meticulous work of Livia Marin, a process–oriented approach, which appropriates mass-produced and mass-consumed objects, turning them into precious and uniquely, handcrafted art objects. For this exhibition, Marin finely sculpts everyday objects – cups, bowls jars and plates – modeled with ruptures, splits and crevices. The fractures represent fatality and loss, but in repairing and keeping the object she stresses the relationship of care and continuation. Surreality and repetition are important procedures in the artist’s work, creating a mechanization of the intimate relationship we have with objects of everyday use.

What also fills these pieces with a unique essence is a printed ‘Willow Pattern’. This Willow Pattern, copied from fine hand-painted Chinese pottery was manufactured in the UK using transfer prints signaling a transformation to industrial mass–production. Marin plays with the dignity and uniqueness of the original –but also with its dissemination into universal consciousness via industrialization. In the artists own words “I see my work as situated within a more formal Minimalist agenda. Equally, however, I would want to extend that agenda to include the more ‘impure’ aspects of things that have been handled and used bearing a trace of a social history.”

Cecilia Brunson is an independent curator based between London, New York and Santiago.

More of Livia Marin’s work can be seen at Museum of Contemporary Craft exhibition called Manufractured.

CHARMAINE HAINES AT THE KKNK