Clementina Ceramics store at The Old Biscuit Mill will be closed permanently from 23 August 2021.

We have a stall at the Oranjezicht City Farm Market at Granger Bay,
Cape Town – open Saturdays and Sundays 9am-2pm.    |    https://ozcf.co.za/market-day/

Our ceramics can also be purchased online    |   See our shipping rates here.

We will now also be trading directly from our Woodstock studio. Clients are most welcome to visit by appointment.
501 Tollgate Industrial Centre   |   12 Ravenscraig Road Woodstock   |   Tel. 021 448 3203

AND…we’re always available via email if you’d like to order from our ranges that are not on our online gallery,
or if you’d like something custom-designed. Please continue to support small business! Stay safe. 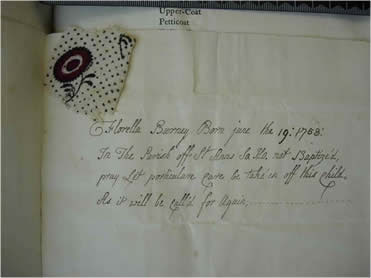 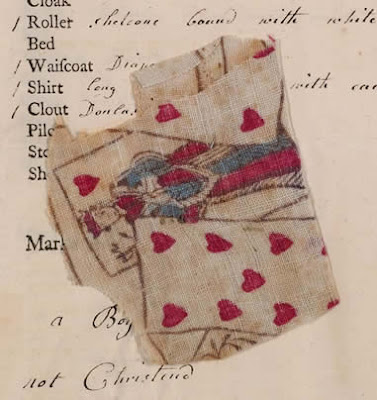 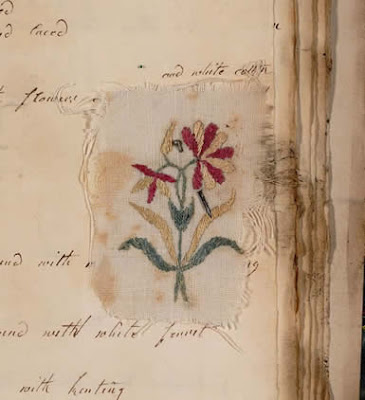 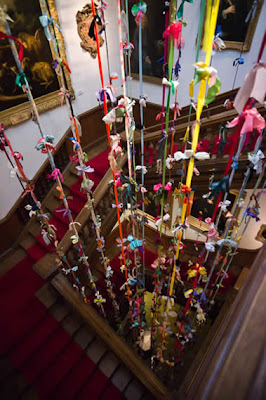 Installation by Annabel Lewis
An extraordinary and moving exhibition is the Threads of Feeling at The Foundling Museum in Bloomsbury, London. Do check out the website for images of little pieces of textiles which were the only material link left between the mother and her abandoned child.

Threads of Feeling will showcase fabrics never shown before to illustrate the moment of parting as mothers left their babies at the original Foundling Hospital, which continues today as the children’s charity Coram.

In the cases of more than 4,000 babies left between 1741 and 1760, a small object or token, usually a piece of fabric, was kept as an identifying record. The fabric was either provided by the mother or cut from the child’s clothing by the hospital’s nurses. Attached to registration forms and bound up into ledgers, these pieces of fabric form the largest collection of everyday textiles surviving in Britain from the 18th Century.

A selection of the textiles and the stories they tell us about individual babies, their mothers and their lives forms the focus of the Threads of Feeling exhibition. The exhibition will also examine artist William Hogarth’s depictions of the clothes, ribbons, embroidery and fabrics worn in the 18th Century as represented by the textile tokens.

John Styles Research Professor in History at the University of Hertfordshire received funding from the Arts and Humanities Research Council to curate the exhibition. John comments: “The process of giving over a baby to the hospital was anonymous. It was a form of adoption, whereby the hospital became the infant’s parent and its previous identity was effaced. The mother’s name was not recorded, but many left personal notes or letters exhorting the hospital to care for their child. Occasionally children were reclaimed. The pieces of fabric in the ledgers were kept, with the expectation that they could be used to identify the child if it was returned to its mother.

The textiles are both beautiful and poignant, embedded in a rich social history. Each swatch reflects the life of a single infant child. But the textiles also tell us about the clothes their mothers wore, because baby clothes were usually made up from worn-out adult clothing. The fabrics reveal how working women struggled to be fashionable in the 18th Century.”