SELECTION FROM THE NATIONAL EXHIBITION

SELECTION FROM THE NATIONAL EXHIBITION 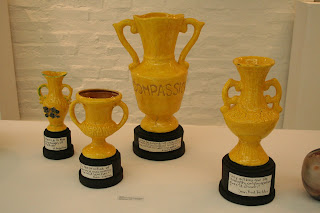 TROPHY INSTALLATION BY MARGARET WOERMANN – By far the most interesting and cutting edge piece on the show! Part of it was not selected which really didn’t make sense..(?) 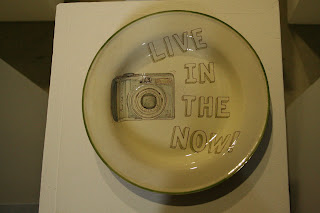 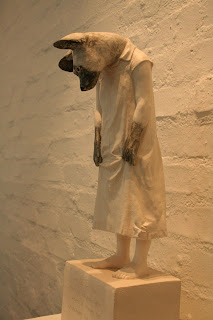 ER..UM..I CAN’T REMEMBER WHO MADE THIS(!)..but found it rather a poignant piece 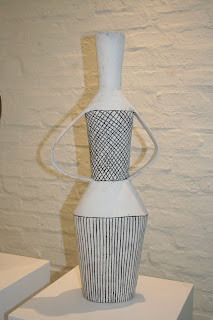 ONE OF A GROUP OF THREE BY LOUISE GELDERBLOM 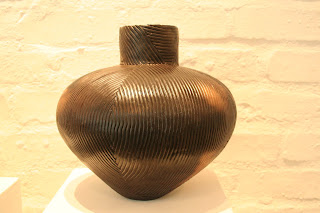 THE PIECE WHICH WON THE PREMIER AWARD BY SIBONELA LUTHULI
These are some of the pieces on the exhibition which I found the most interesting. My studio received a merit award for functional piece which was great. (It was a green bottle shaped vase, see earlier blog on National Exhibition)
The opening of the show was attended by so many people I got really excited, wow, so many fans of the ceramic discipline! But sadly this did not translate into the equivalent sales…I can’t help thinking that if patrons don’t support ceramists, in the end, the craft will become obsolete, a bit like lace-making.
Tags
2

MORE CERAMICS AT THE NATIONAL EXHIBITION