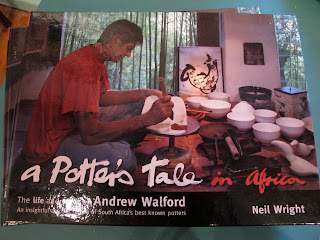 A NEW BOOK ABOUT THE WORK OF ANDREW WALFORD 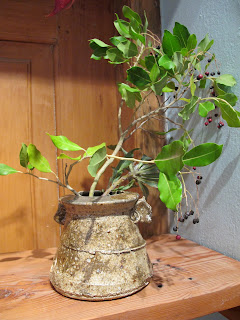 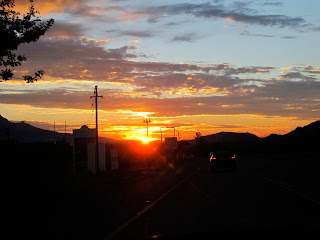 SUNSET ON THE ROAD OUT OF FRANSCHHOEK 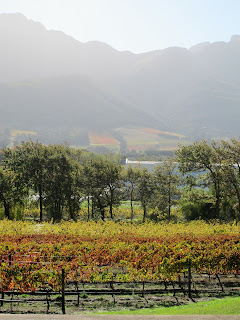 This past weekend was spent in Franschhoek, which is a village in the winelands about 80 kilometres out of Cape Town. The weekend of the Literary Festival – lectures, panel discussions and lots of red wine – also the Andrew Walford exhibition at David Walters Studio, and the launch of a new book called A POTTER’S TALE IN AFRICA which is about Walford’s work. Both Walford and Walters , stalwarts, are of the school which celebrates Leach and Anglo-oriental ceramics..a rare occurrence these days in South Africa, when by now the local masters, Hymie Rabinowitz and Esias Bosch have passed on, and most youngsters might assume ‘reduction’ to be a kind of balsamic vinegar!