Clementina Ceramics store at The Old Biscuit Mill is open with required safety protocols.
Weekdays 10am – 4pm    |   Saturdays 9am – 3pm    |  We also have a stall at the Oranjezicht City Farm Market at Granger Bay, Cape Town – open Saturdays and Sundays 9am-2pm

AND…we’re always available via email if you’d like to order from our ranges that are not on our online gallery, or if you’d like something custom-designed.

The IAC Members Exhibition is a gallery of ceramic pieces open to the public during the IAC 2014 General Assembly – 8th – 12th September, 2014 – and will feature works from the most prominent ceramic artists from around the world. It is a key element of each General Assembly, is of great significance to all members and is the high point of the Assembly. 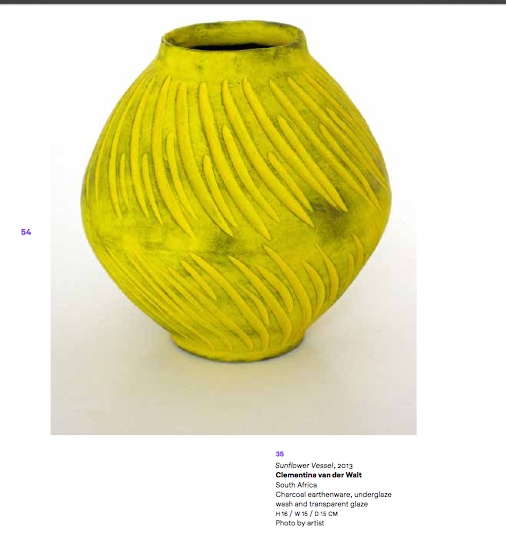 Ceramic Culture on Show in Japan